Too Much, Too Soon? 5 Online Services that Died and Where they Went Wrong

In today’s market, it’s difficult to create an internet service that doesn’t already exist in some form. While some companies and ecommerce sites are extremely lucky and succeed (Amazon.com being a leader in becoming popular extremely fast), there have been plenty of promising sites that ended up either disastrous, bankrupt, or both.

Here is a list of five of such sites, and what caused their demises:

Background: Online grocery shopping is still considered a relatively new endeavor and it’s 2012; Webvan began in 1999. Catering to some California residents, the website offered virtual grocery shopping and promised home delivery within 30 minutes after ordering. Webvan had plenty of investors including Yahoo! and Goldman Sachs, and they planned on expanding the business fast.

Blunders: Although some of Webvan’s problems were rooted in the fact that their top executives had no experience in the supermarket business, their real mistake was spending far too much money on building the businesses’ foundation without adequately monitoring sales. While Webvan splurged on delivery trucks, warehouses, equipment, and everything else, their expenses quickly surpassed their profits and they were left with no money. In fact, Webvan secured the top spot in CNET’s June 2008 list of the largest dot-com flops in history. All may not be lost, however; Amazon purchased the business in 2009.

Background: Current popular online gaming platforms include Steam, Xbox Live, and PlayStation Network. It can be argued that a precursor of those was Heat.net, a web-based gaming community created by Sega. On the website, various games such as Quake were hosted and premium members paid about $5 a month to play live with others. Die-hard gamers who were on the site could earn “degrees,” the site’s form of currency, for every hour of play. Premium members could spend the degrees on the Heat.net store and eventually another online gaming store.

Blunders: Although the premium membership fee was $5 a month, most players carried about $10 worth of degrees in their account at any given time. Players also found different ways to abuse the system, such as keeping their accounts logged onto the service when away from the computer solely to accumulate degrees without actually playing. Although the value of degrees was eventually reduced, by that time it was too late and the financial damage had already been done. The website shut down in October of 2000. 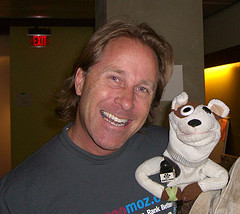 Background: Pets.com, an ecommerce site selling pet food and accessories, seemed promising at the beginning. They had a successful and popular marketing campaign that included a spot in the Macy’s Thanksgiving Day Parade and ad in the Super Bowl. In addition, the site had a popular puppet mascot that appeared on Good Morning America and other media outlets.

Blunders: Like Webvan, Pets.com spent too much money in their infrastructure and thought they would break even relatively quickly. In addition, the business paid a lot more to obtain the products than they were able to sell them for. In a panic, they tried to appeal to consumers by offering free shipping, but that only cost them to lose more money. Ultimately, overspending combined with the failure to build a loyal customer network caused Pets.com to self-liquidate.

Background: Gowalla began as both a web and mobile service that allowed users to “check in” to designated locations, called “Spots.” Users could also create “Trips,” which linked locations together for events such as a downtown outing or hike. In the beginning, users were able to collect virtual items when they checked into places, which they kept in a digital vault.

Blunders: Although Gowalla was considered a cool social app with a great design, that was basically the extent of the praise it received. It wasn’t simple enough, functional enough, or popular enough for most users. Gowalla quickly was eclipsed by Foursquare when both emerged in 2009. Perhaps most importantly, Foursquare was based in New York, allowing it to gain popularity fast in such a densely populated, urban area. On the other hand, Gowalla’s headquarters was located in Austin. Gowalla was purchased by Facebook in December of 2011.

Background: Drop.io allowed users to create “drops” to store files. Because it was a cloud service, users could access the files through the internet, email, phone, and so on. In addition, users did not need to create accounts; their drops were private unless they chose to share with others. While drop.io was free, there was a premium paid service that included better features. The service was routinely updated and could even be found on Facebook and Twitter.
Blunders: Facebook purchased drop.io in October of 2010. Not much information was given to the public as to why; they only warned users that the service and website was being discontinued starting in December of that year. Some question if the site just wasn’t pulling in enough profit since the free service was very efficient. Other competitive services were available as well, such as Google Docs and Dropbox.

As described, attempting to offer services at a time that’s not ready for them and overspending without enough profit coming in are common causes of internet-based business failure. In the final stages when internet kingpins such as Facebook and Amazon offer a buyout to services in distress, owners are left with little choice but to sell.