As you pull files from your computer to store on your flash drive, you probably overlook the convenience and speed this device provides in storing data. You might also take for granted how many pictures you can keep on a CD, or you may not always think about how important your hard drive is in reserving critical information. What’s more, is that these and other methods of data storage are constantly evolving and haven’t always been efficient or of superior storage capacity. Before today’s data storage, came a variety of other storage gadgets. Check out our timeline of data storage history for storage systems of the past and present, as well as those predicted for the future. 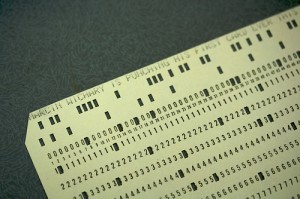 The oldest known form of data storage, the punch card, was created by Basile Bouchon in 1725. The punch card is a perforated paper loop used to store patterns rather than actual data. In fact, punch cards were used to store settings for various machines and had a capacity of 960 bits. 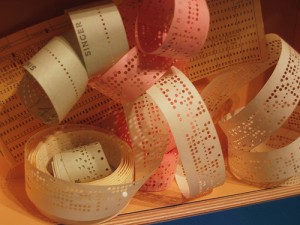 Punched tape was first used in 1846 by inventor of the fax machine, Alexander Bain. Punch tape consists of a long strip of paper in which holes are punched to store data. Each row on the strip represents a single character, yet considerably more data can be stored by creating a fanfold. When folded, punch tape can store up to a few dozen kilobytes—much more data than punch cards.

In 1946 RCA began developing the Selectron tube—an early form of random access storage that was never produced in a commercially viable form. The original Selectron tube measured 10 inches and could store 4096 bits but was expensive to build and therefore replaced in the market by the widely available core memory. 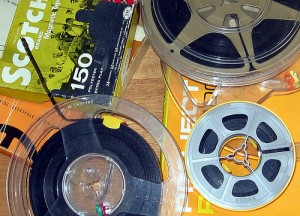 Introduced in the 1950s, magnetic tape revolutionalized the broadcast and recording industries. Made of magnetizable coating on a long, thin strip of plastic, magnetic tapes allowed unmatched amounts of data to be created, stored and rapidly accessed. Magnetic tape was the most popular means of storing data until the mid 1980s, since a single roll could store 1TB, or as much data as 10,000 punch cards.

The Compact Cassette was introduced by Philips in 1963 as a type of magnetic tape, although it didn’t gain popularity until the 1970s. A typical 90-minute cassette could store close to 700kB to 1MB of data per side of the tape. Compact Cassettes were used to store data in a few computers and remained popular until the late 1980s. 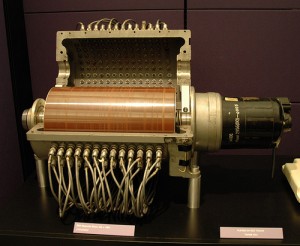 Magnetic drums were commonly used in computers as the main working memory, giving computers the name “drum machines” from the 1950s to 1960s. These drums were 16 inches long and spun at a rate of 12,500 revolutions per minute. One of IBM’s earliest computers, the IBM 650, was one of the first computers to utilize a magnetic drum. It was used to supply the IBM 650 with 10,000 characters of main memory. 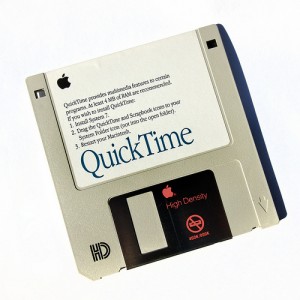 The first floppy disk was introduced in 1969 and was a read-only 8 inch disk capable of storing 80kB of data. In 1973, a disk of the same size was created with a storage capacity of 256kB and the ability to write new data. Since then, floppy disks have been created smaller but with more data storage. The average capacity of a floppy disk is around 1.44MB. 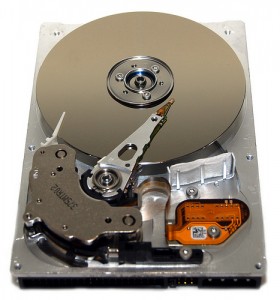 The first hard drive, unveiled by IBM in 1956, was a revolution in data storage, capable of reserving up to 4.4MB. The 305 RAMAC stored its data on 50 24 inch magnetic disks. Since the introduction of the 305 RAMAC, hard drives have been under constant improvement. The first hard disk drive stored roughly 120,000 times more data than IBM’s RAMAC at 500GB. Today, hard drives are smaller, cheaper, faster and can store more data. 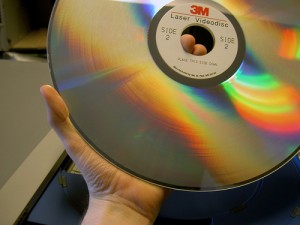 LaserDisc technology was pioneered in 1958, although it wasn’t available on the market until 1978. This type of disc is a home video format and the first commercial optical disc storage medium. It is not possible to store typical hard drive data on these discs, but it is feasible to store video and image data with greater quality than VHS tapes. 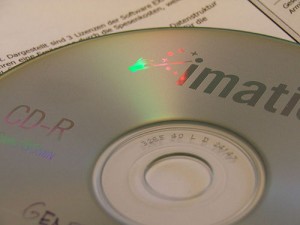 Originating from the LaserDisc, the compact disc (CD) is smaller and stores less data. CDs were developed by SONY and Philips in 1979 and arrived at market in 1982. They were originally created exclusively to store sound recordings but have evolved to encompass data storage. Today, a standard CD can store 700MB of data. 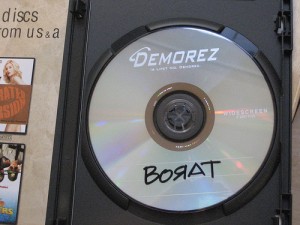 The Digital Versatile Disc, or Digital Video Disc (DVD) is essentially a CD that uses a different kind of laser technology. Rather than red light, a DVD laser uses a shorter infrared light to store more data on the same amount of space as a CD. Invented by Philips, SONY, Toshiba and Panasonic in 1995, Dual-layer DVDs are capable of storing 8.5GB of data. 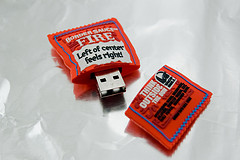 Arch nemesis of the floppy disk, the flash drive has become one of the most efficient and significant innovations in data storage. This device, introduced in 2000, offers the capability to boot from a USB key, the ability to update a system BIOS and a storage capacity of 8MB. Some flash drives, however, are known to store as much as 256GB, and today’s models come in a host of fun shapes. 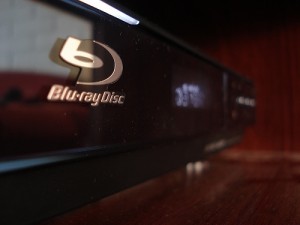 Blu-ray was first introduced in 2002 but not finalized until 2006. Like DVDs, Blu-ray discs use shorter blue laser wavelengths to store more data. Blu-ray can store much more than a CD or DVD, with a capacity of up to 25GB on a single-layer disc and twice that amount on a dual-layer disc. Although Blu-ray is expensive, studios are backing the disc exclusively.

The future of data storage

The way we store information today has certainly evolved since the 1725 advent of data storage, and the evolution is certainly for the better. Like all forms of technology, mediums of data storage will continue to change, performing better and faster while smaller in size. Think a thumb drive is about as good as it gets? Read on for a glimpse of what you may eventually be storing your files in. 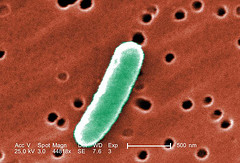 Yup, it’s possible that we may one day store our precious memories in bacteria. Researchers in Hong Kong have discovered that a single gram of bacteria is capable of holding more information than a 900TB hard drive. Storing information in bacteria and other living organisms, a process called biostorage, is a growing field of interest for students at Hong Kong’s Chinese University, who are using E. coli to test the limits of data storage.

Research in 2007 by a group of Japanese researchers, reasoned that due to bacteria’s ability to constantly reproduce, a group of these organisms could hold information for thousands of years. Students in Hong Kong are building on this previous research and have discovered a way to condense data, store it by chunks in organisms and then map the DNA to easily find the information at a later time. Biocryptography, as the process is called, could mean a revolution in the storage of text, images, music and video, because not only can so much information be stored, but it’s also resistant to hacking. These researchers are testing E. coli and other types of bacteria to determine which work best for storage and access after encryption. Some bacteria are capable of surviving nuclear radiation, leading scientists to believe our information may eventually survive even the worst of disasters. While bacteria aren’t putting the hard drive industry out of business yet, that day may come. 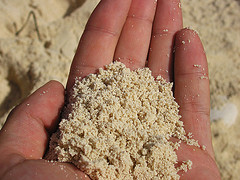 A single Carbon Crystal, reduced one atom at a time by nanomachinery, can store up to 887,808 petabytes. Yeah, yeah, but how big is that? For comparison, 1 petabyte is equivalent to over 1billion megabytes, and eight years ago, our society recorded 2,200 petabytes of data. All of that data could fit into a single grain of sand. And suppose we use diamonds instead? One nanoscale diamond is capable of storing a lifetime of data for six billion people. What’s more, this information would exist after the end of the human race.