Losing valuable files on a computer is one of those things that people tend to shrug off, thinking “It won’t happen to me.” Yet, according to a 2010 survey of Symantec, 51 percent of small to medium businesses in the country are not prepared for data loss disasters. Although some data loss is the fault of technology, human error can also be a major problem. 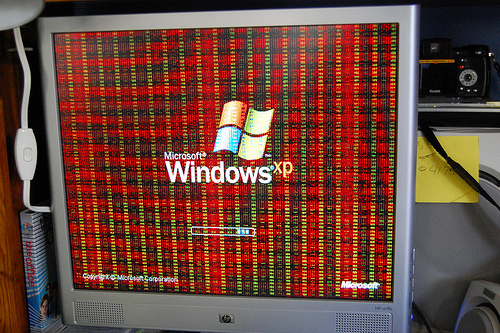 Whether it was family photos or work documents that disappeared, here are some of the worst (and weirdest) ways data has been lost:

Most people have moments where they’re angry at their electronics. Whether it’s because of the device freezing, moving slow, or breaking down, most expect today’s technology to be lightning fast and have little patience for anything but a machine that’s efficient 100 percent of the time.

In one case, BBC News reported a man in the UK was so angry at his laptop that he shot it – and then realized he needed important files it contained. Another person threw their computer against a wall.

Believe it or not, there have been a number of cases where people have accidentally destroyed their technology with their vehicles. Just like people often leave drinks, food, and wallets on top or outside of their cars, electronics are no exception.

A couple gentlemen on a BBC News page admitted running over their laptops after setting them down on the pavement to move their cars and forgetting the devices were in the way. Other cases mentioned across the web include a laptop destroyed by an airport people mover and external hard drives crushed by a truck.

Although today’s society is pretty technology-smart, there are some, especially older folks, who aren’t up-to-date with digital lingo. This communication gap can prove fatal if important data is on the line. This story has been told in a few different forms and may be an urban legend, but it’s not difficult to believe it happened at some point in time.

According to one individual on a BBC News page, back when 5.25 floppy disks were still around, an employee of a company was asked to make a copy of one. The employee ended up producing two A4 pages that pictured the photocopied disk, and the copier destroyed the data on the floppy.

Most people tend to eat around their computers. Unfortunately, foods left out can prove to be hazardous to precious equipment should they make a mess.

One customer carelessly left a banana on top of an external hard drive, according to Ontrack Data Recovery. Eventually, the contents of the fruit seeped into the drive, rendering it inoperable. Although the circuitry could be repaired well enough to recover the data, the lesson was surely learned.

Anyone who has ever sent or ordered a package knows that boxes get thrown around during delivery. Shipping electronics requires care and solid packaging that assures the package is handled with care. Although such materials can be expensive, they are worth it if the items they protect are valuable.

Ontrack Data Recovery said one customer decided to ship the drive they wanted recovered in a pair of dirty socks. When the package arrived, the damage to the drive was much worse than it originally was. 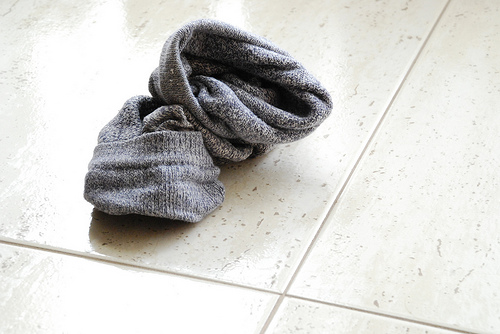 Data loss isn’t limited to the methods described, so it’s important to back up data and also have a plan ready in case an accident does happen. According to BBC News, men are more likely to try and recover data themselves before visiting a professional – which can often cause more damage. Unless you’re a computer whiz, it’s best to let the experts do the work before valuable files are gone forever.